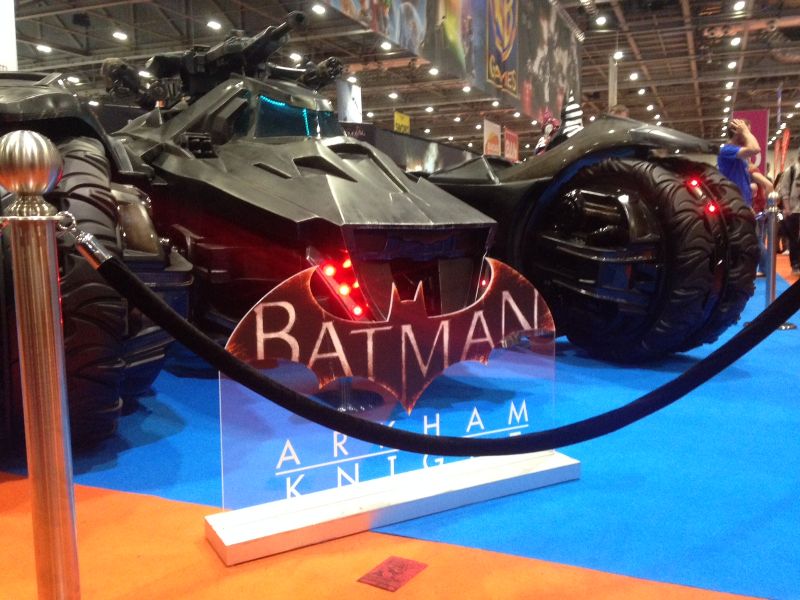 On the same week uber-nerd Simon Pegg suggested the collective sci-fi community may be acting a bit too childish, a large section of its British contingent gathered in London to prove that, while he may be right, there’s a bloody good reason for it.

The cosplaying and straight-up fancy dress on display at the Excel Exhibition Centre across the weekend was nothing short of spectacular. In fact, prior to entering there was a sizeable, ad-hoc stand-off between DC and Marvel cosplayers, like West Side Story had it been set in Gotham. 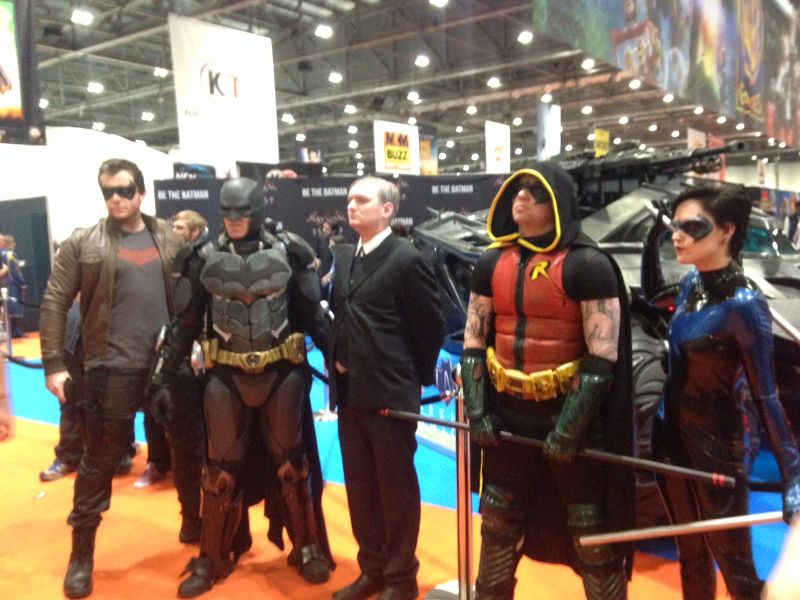 Multiple Jokers, Harley Quinns and Scarecrows stared-down Deadpools (LOTS of Deadpools), Wonder Women and a very impressive Groot. The various yelling and taunts hurled between the two groups became the literal representation of months or years of pent-up fandom in its purest form. All this just metres from perhaps the largest pop-up comic book shop this side of the Atlantic.

Granted, what Pegg was referencing was the lack of depth which plagues Hollywood blockbusters like Marvel’s current big-screen ‘Avengers’ canon. But the development of events and expos like MCM has proven the large scale want and desire for comic culture to flirt with, and now seemingly dominate, popular culture.

The craziness that happens within these events proves that, to many, this is their chance to let their hair down…or shave half of it off…or gel it like a Super Saiyan. Similarly, the commercial aspect of the main hall of vendors seems to hold onto its ink and paper enthusiasm too. You’d think a 20-foot square, relatively empty stall dedicated to the upcoming big-screen version of preppy, schmuck-fest ‘Entourage’ would stick out like a sore thumb. Yet distracted by someone dressed in a Minion costume made entirely of balloons, it’s hard to care. 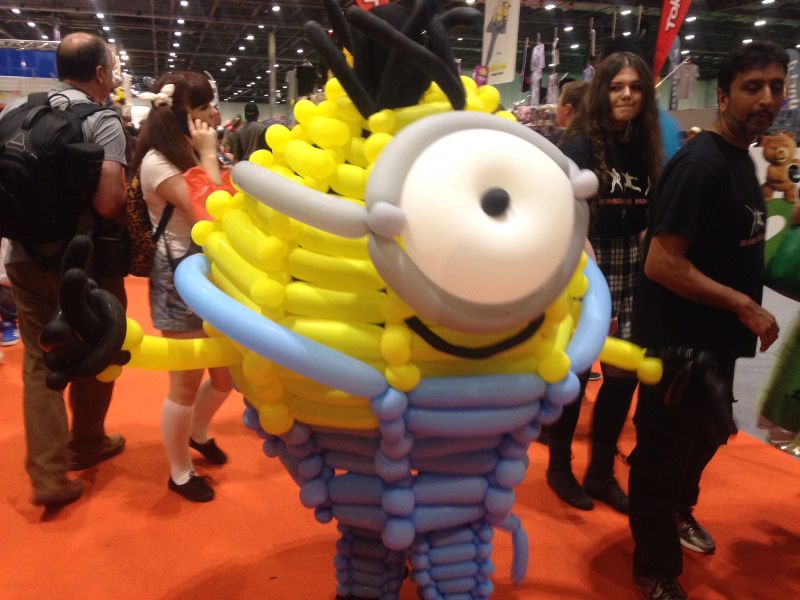 There was a minor degree of outward profiteering, which was easy to ignore but awkwardly hilarious at the same time. For example, even the minor signing tables swung wildly between genuine sci-fi and clear opportunity grabbing; featuring the auctioneer from Storage Hunters, Hannah Spearitt, Boycie from Only Fools & Horses, Sophie Aldred, Sylvester McCoy and Heather Trott from EastEnders accompanied by Boy George, all selling their various wares and signed goods.

For every minor celebrity peddling their hastily-scrawled signature for £20 a pop (it was five quid for a selfie with Heather!), there were three times as many examples of grassroots artists and writers trying to sell their own creations – having someone draw you a portrait there and then in their style is a little bit magical. Also, Cyanide and Happiness’s ‘Box o’ Actions’ was a particular highlight – randomly choose any two actions from their box and they’ll draw them for you – ‘Pole Vaulting Organ Donation’ was ready in under 5 minutes. 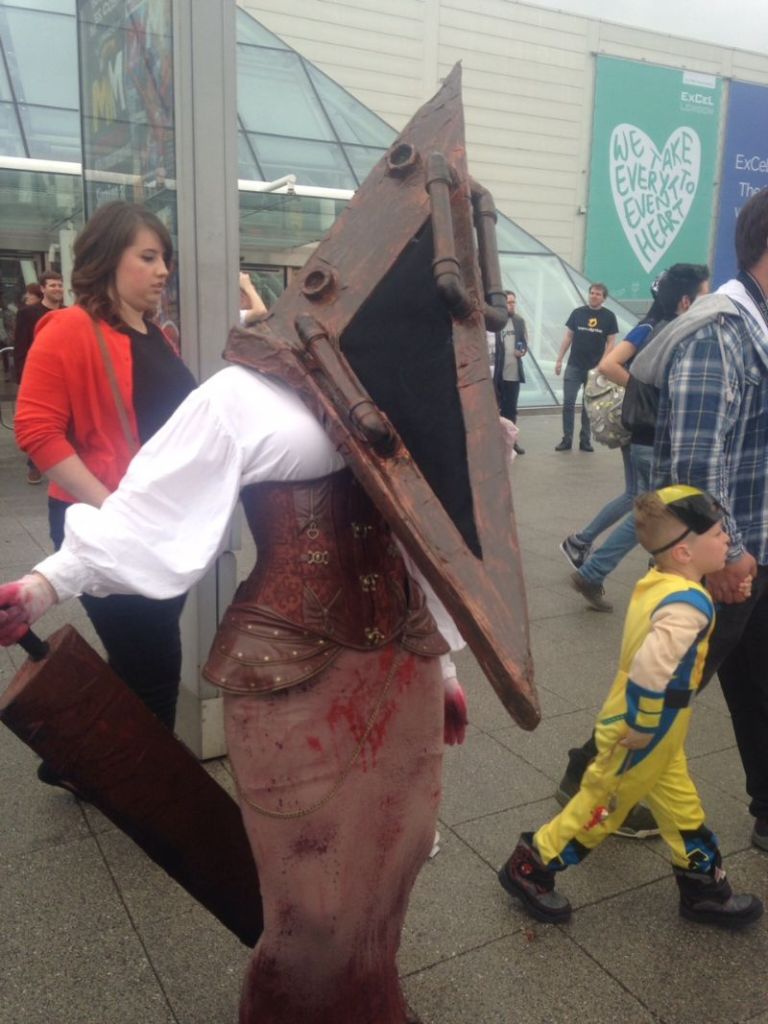 The thing about comic expos and the culture as a whole is that the passion for the true art of it all remains constant; MCM is in its 27th year for a very good reason. Perhaps there are a few examples of larger companies caring more about spectacle than substance, but exploring the fringes tends to generate more steadfast results.

Days like these provide a bizarre togetherness. The sporadic clusters of ‘Sailor Moon/Adventure Time/Any Manga Ever’ cosplayers littered across the site provided physical evidence of that unspoken bond of fandom and the release from everyday routine. The childish spectacle is the purposeful distraction that allows you to take a two-hour train journey dressed as Darth Maul knowing when you get there you’ll be surrounded by like-minded people dressed twice crazier than you…and you can pick up some sweet stuff while you’re at it.

Words and photography by Stuart Buchanan