On a chilly November evening, somewhere on the bank of the Tyne, between bars and bridges, a sound check took place in The Riverside. A lone tour bus sat outside, lights on, curtains closed. A small group of people start to form a huddle of excitement and anticipation. Behind the closed doors, SOiL prepare to take the stage for their first show in the North-East city and they’ve bought some back-up in the form of an up and coming UK band from the Midlands and an established US based group of Texans.

The UK’s own Liberty Lies took the stage, basking in the delight of opening for the shapers of a generation. They owned the stage and played with passion and commitment that only a tight band with hours of practice and years of touring their local venues could. With a sound that resonates from the likes of Killswitch Engage, Biffy Clyro and other greats from the early 2000’s, these guys have earned their place sharing the stage with the Chicago titans. 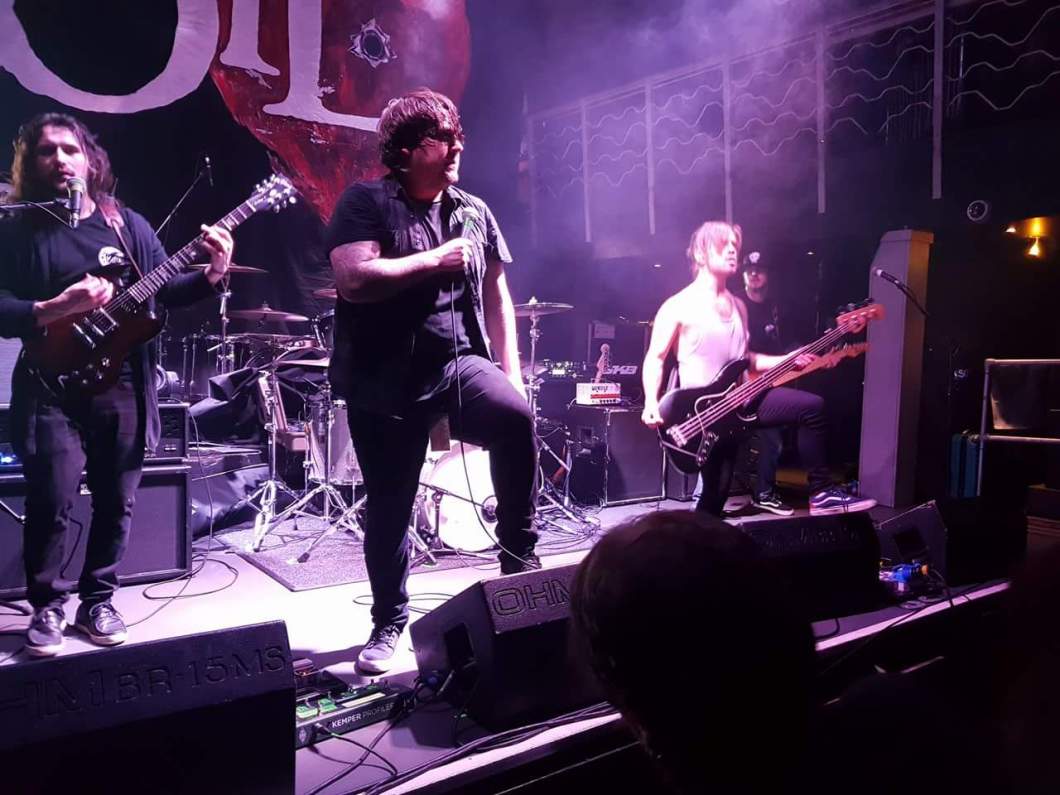 The crowd now sufficiently warmed up, Sons of Texas took to the stage, picking up were Liberty Lies left off, with a sound clearly inspired by other Texas greats like Pantera and Drowning Pool, they put on a show that left the crowd begging for more. Treating us all to a cover of a Pantera’s ‘I’m Broken’ much to the delight of the onlookers, and a testament to the bands capabilities. Providing a HUGE stage presence and commanding the complete attention of the audience. They left the stage having brought the room to a boiling point. 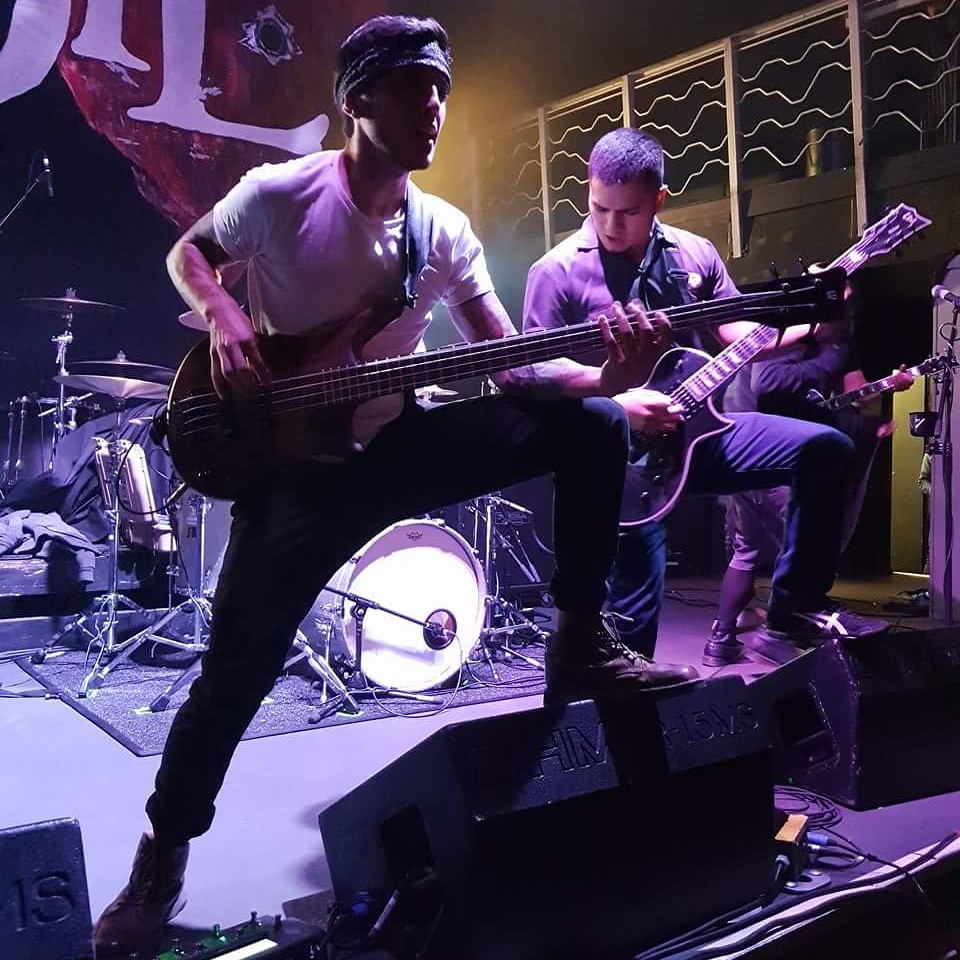 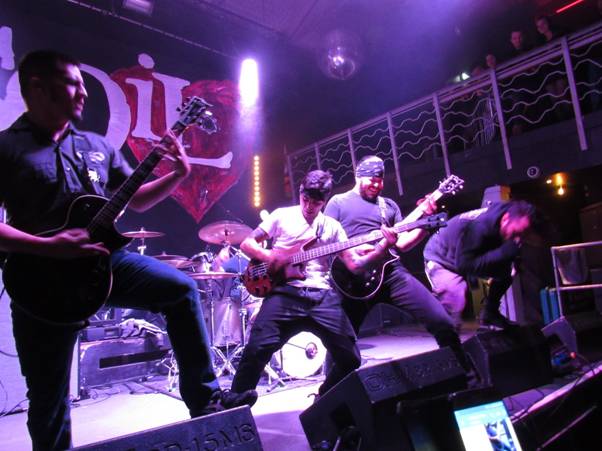 Since the release of ‘Whole’ in 2013 that saw the original vocalist, Ryan McCombs , returns after a period of serving as the front man of Drowning Pool, SOiL have been touring for the last three years and show no intention of slowing down. 20 years have elapsed for the band and they still have the same energy and dedication to the music as they ever did. 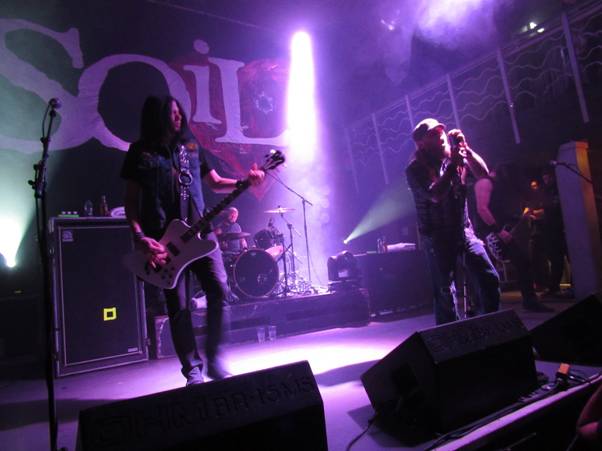 One by one they took the stage, each with an eruption of excitement from all in attendance, SOiL took us on a journey back and forth between classics and some newer favourites. ‘Hate Song’, ‘Need to Feel’ and ‘Pride’ saw the McCombs era catalogue touched on in just the first few moments. With fan favourites, such as ‘Breaking Me Down’, ‘Amalgamation’ and night standout ‘Unreal’, the band seemed right at home taking us back to our late teens / early 20’s… 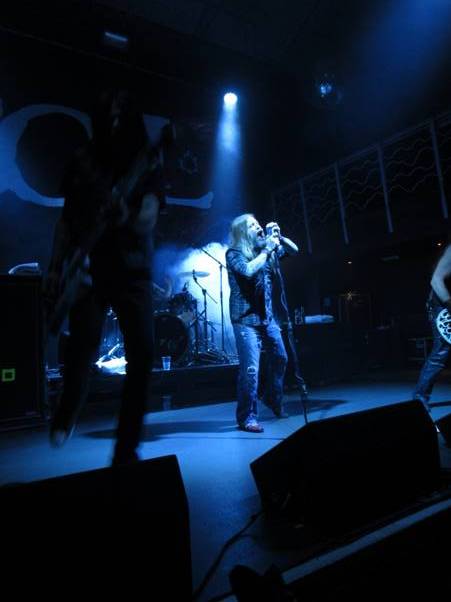 Even playing two tracks from the non McCombs era, which were embraced by all in attendance. The evening concluded with the  genre defining‘ ‘Halo’ which saw the frontman performing in the crowd.  The band took the stage one last time with a rendition of Ram Jam‘s ‘Black Betty’ and left the stage with an air of modest gratitude with McCombs praising the audience with a heartfelt statement “It started with Dio and it ends with you, if it wasn’t for the fans, we wouldn’t be able to do that which we love so much.”

SOiL are currently working on a new studio album, yet to be titled and release date to be confirmed.

Words by Kieron Sanderson and photography by Debz Stephenson.