Get your tats out for Brighton Tattoo Con 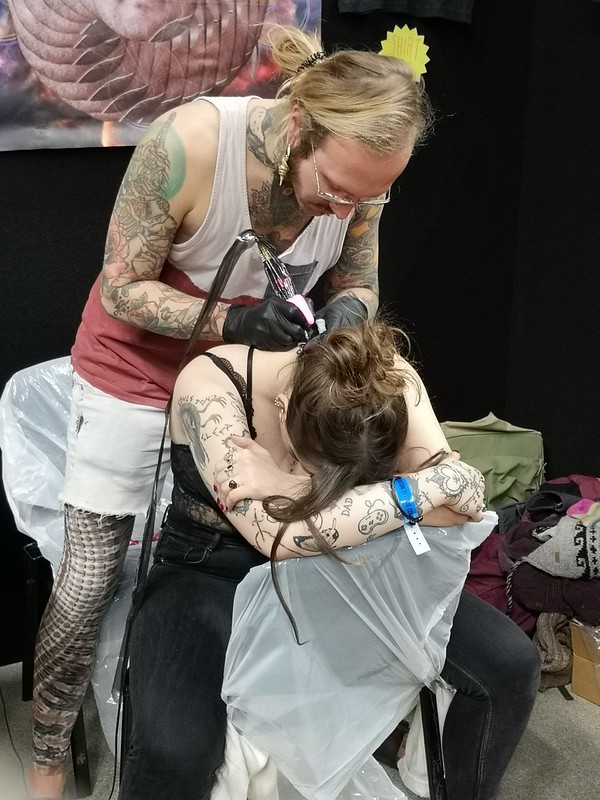 I have been to many a tattoo show, but this year was the first time I checked out what Brighton’s Tattoo Con had to offer…and it didn’t disappoint!

We (moi and Alt Ent’s guest blogger, Tara) headed to the Brighton Centre, to check out some ink, fashion and independent zombie comics!

After queuing for the shortest time in the world (yay no wait!) we headed into the Con. As we both have pretty different tastes, we decided to split ways to geek out solo, then agreed to meet later in the afternoon near the stage. 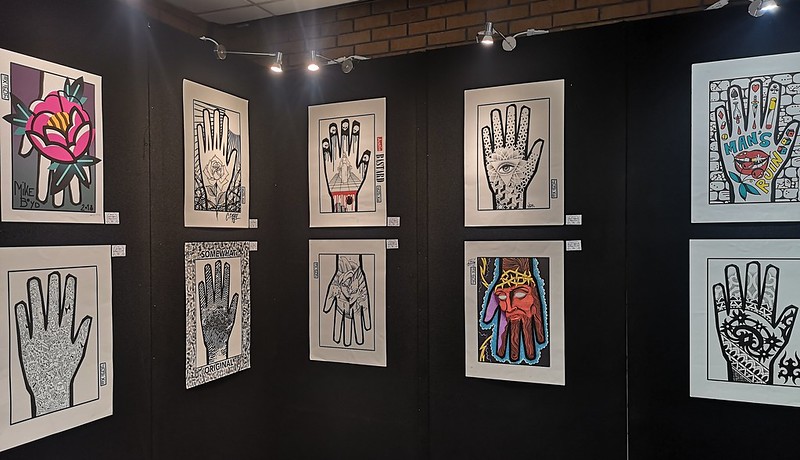 First off, I wondered around downstairs and watched as row upon row of talented tattooists worked their magic, then found something that captured my attention. Yogixiii had a mini ‘Stay True’ exhibition that was filled with hands with illustrations on from lots of amazing tattoo artists to raise money for #suicideawareness. I had a few favourites, but they were all pretty darn awesome! 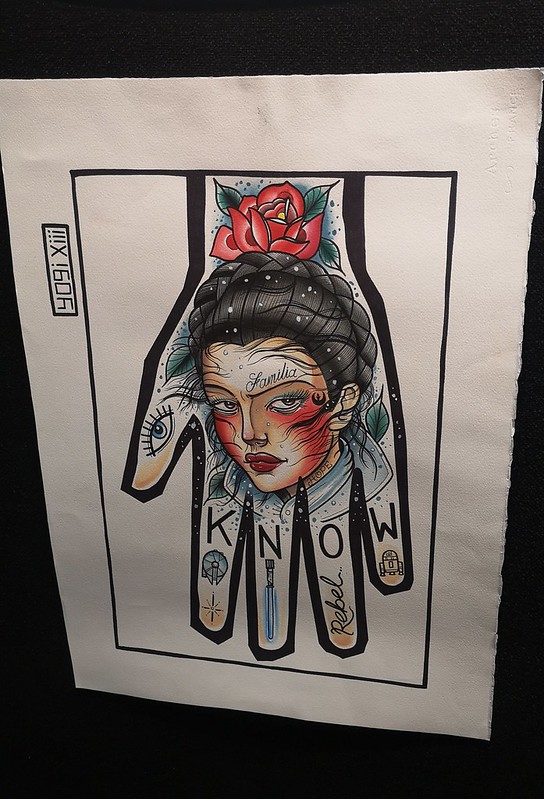 I have to admit, I felt a bit like a kid in a sweet shop but without any funds to act (argh, so tough!). But regardless, I continued on my quest in locating some weird and wonderful finds, and that is exactly what happened! 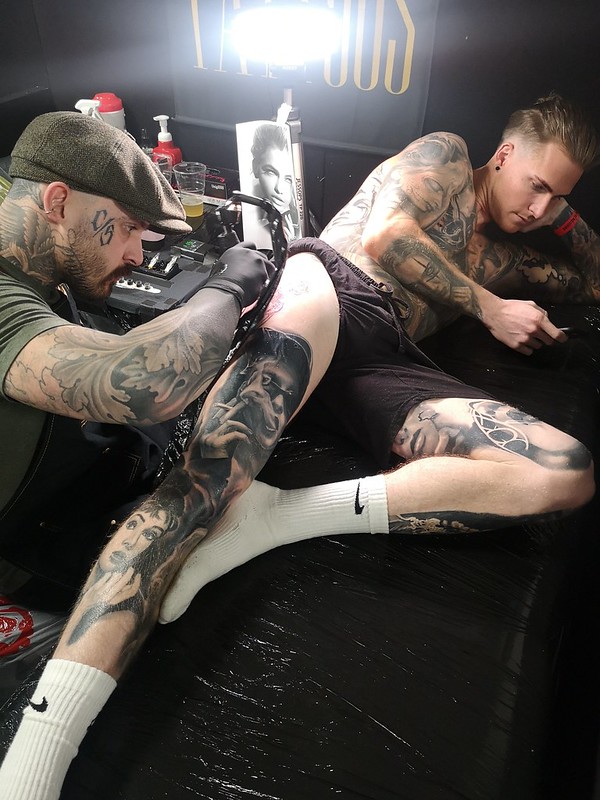 I stood and watched a very beautiful human being get tattooed. Watching the art work come to life is fascinating to watch, and I love the fact that everyone’s tastes are so very different. 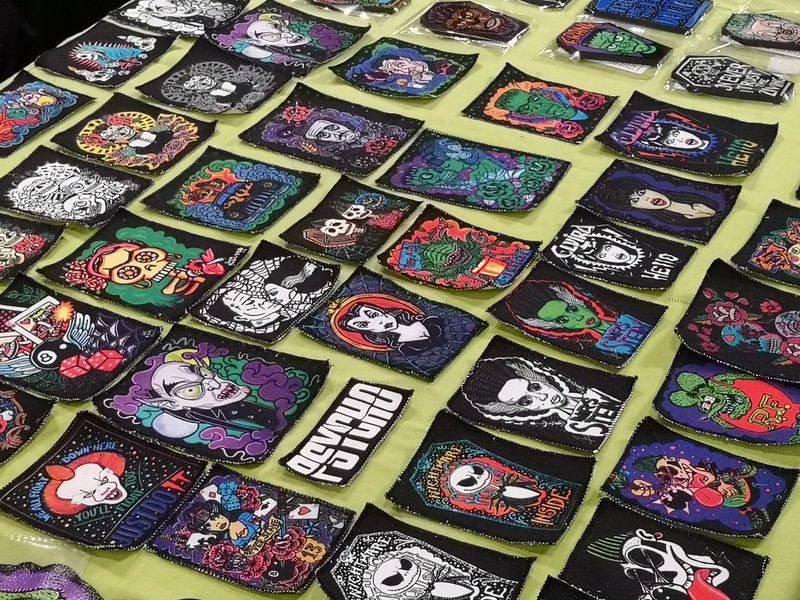 All of the tattoo needle buzzing was giving me a growing hunger for more tattoos…another day Michelle! So, I decided to head upstairs for a while and found a really cool looking stand with gothic, horror themed accessories and instantly fell in love with their style, signage and heart hair clips…so damn cute! They even had a cute name to compliment their brand, Bats & Billy! 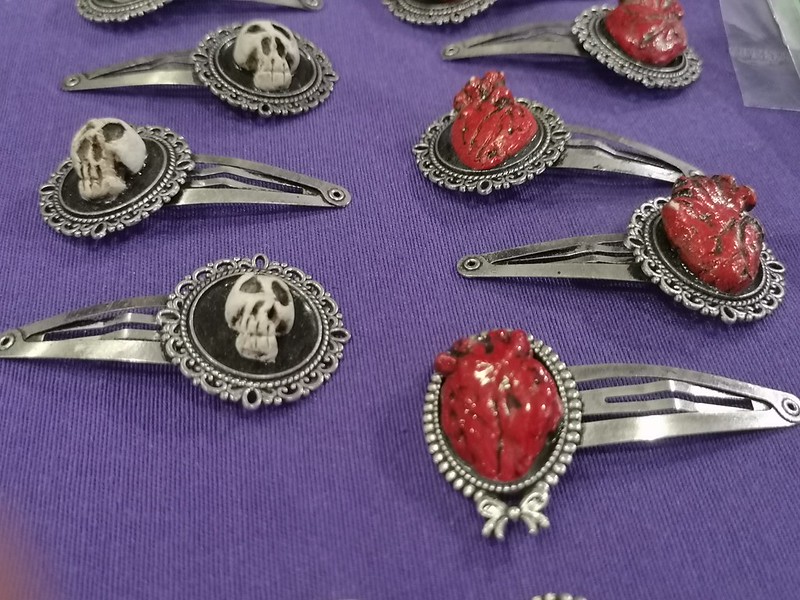 After chatting for a bit about my zombie passions, my eyes locked on a stall that had some zombie comics laid out. No way…my luck’s in! 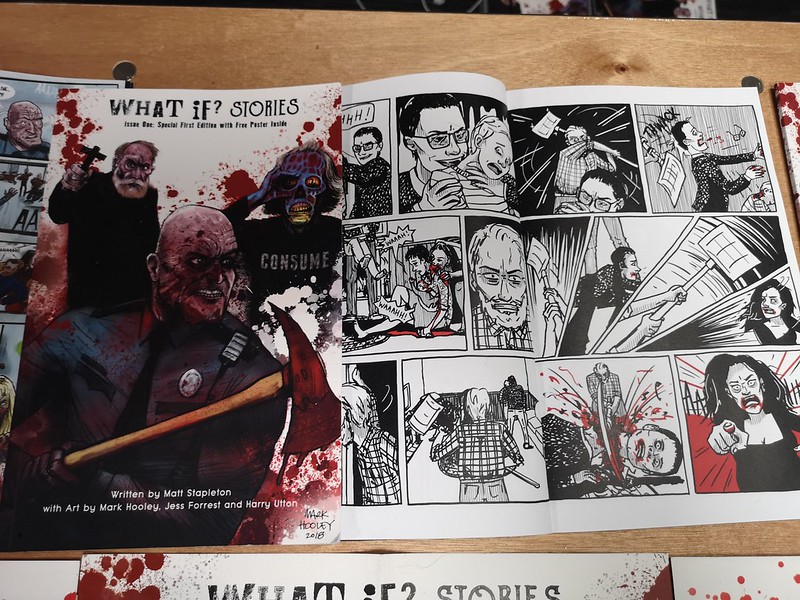 I wondered over and got chatting to Matt Stapleton from What If? Stories and the writer of the most awesome looking comic books ever! He told me a bit about the comics and showed me inside. I was instantly attracted to the gore, zombies and Die Hard of the Dead (yes you absolutely did hear correctly !). We’ll be doing a feature on What If? very soon, so watch this space! 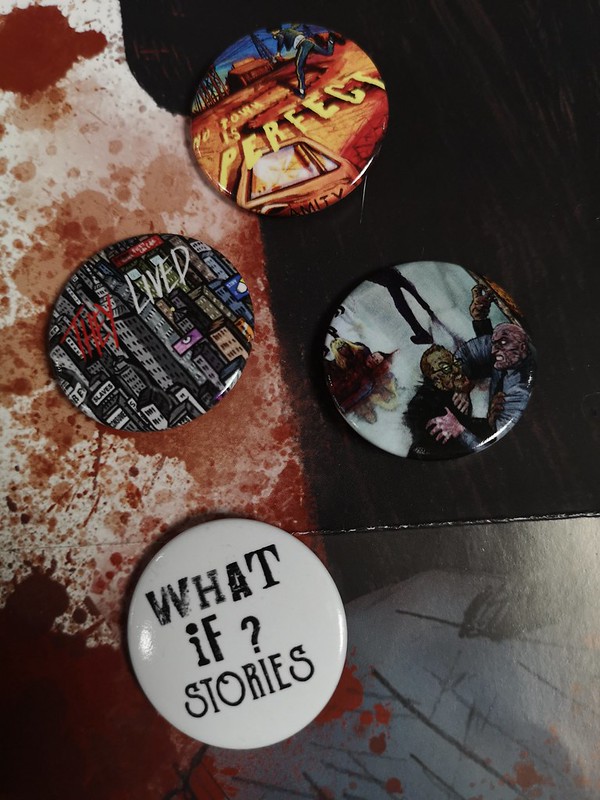 After aimlessly wondering around stalls and looking at some awesome tats, I needed a rest. Until I saw a stall, Lady feelgood, with beanies and I couldn’t resist a look! I did take a selfie in one of their very awesome hats, and got photo bombed by a friend (who didn’t realise it was me until I turned around!). I also may have had a moustache and a rainbow eye, but why the heck not?!? 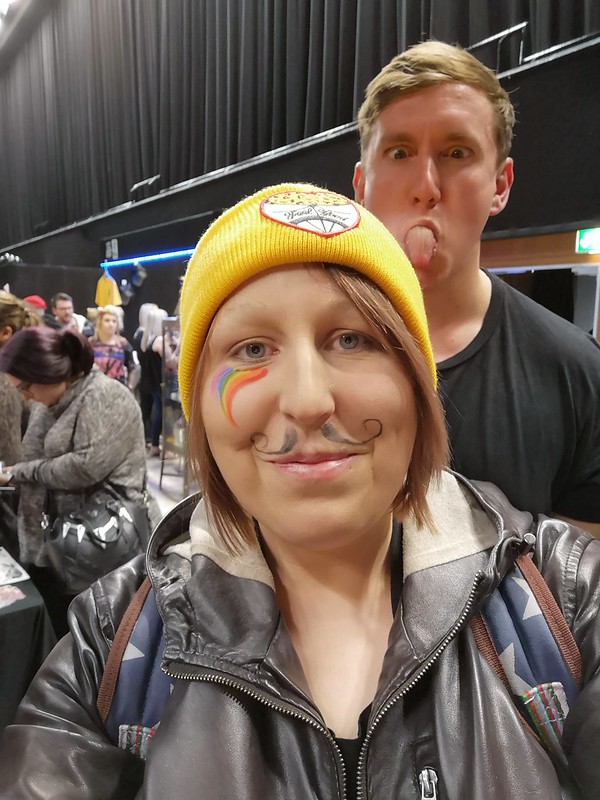 I checked out some more tats and headed over to the stage to meet Tara. We watched the Saturday tattoo competition and the compere was a big diva, but pretty entertaining! The star of the show was definitely the cutest child who ran up on stage and showed off her pretend tattoo on her arm. They even gave her a goody bag for being such an awesome sport! 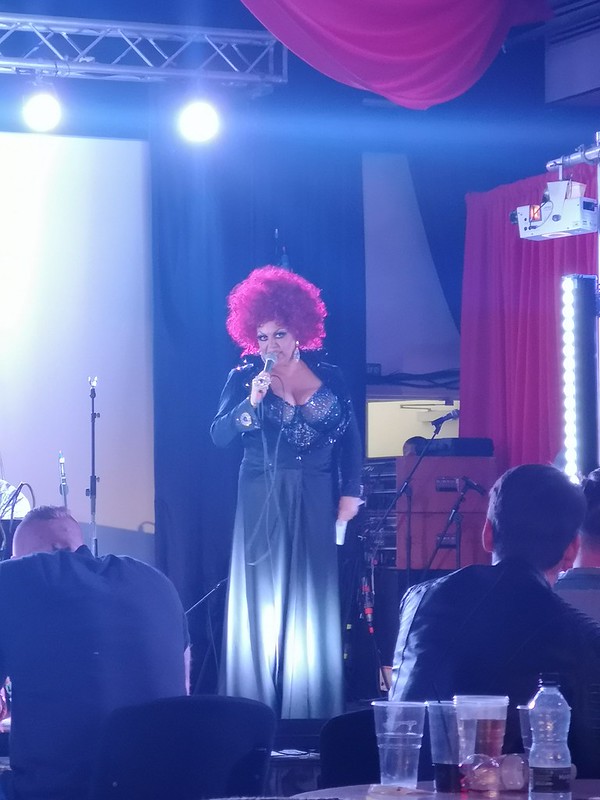 After watching the contest until the end, I felt like one last sweep before we headed to the pub. That’s when I found the O’Donnell Moonshine stand and I couldn’t walk away without trialling it could I?!? My favourite by far was the Bitter Rose flavour. I can’t recommend that stuff more, now go drink and get jolly! 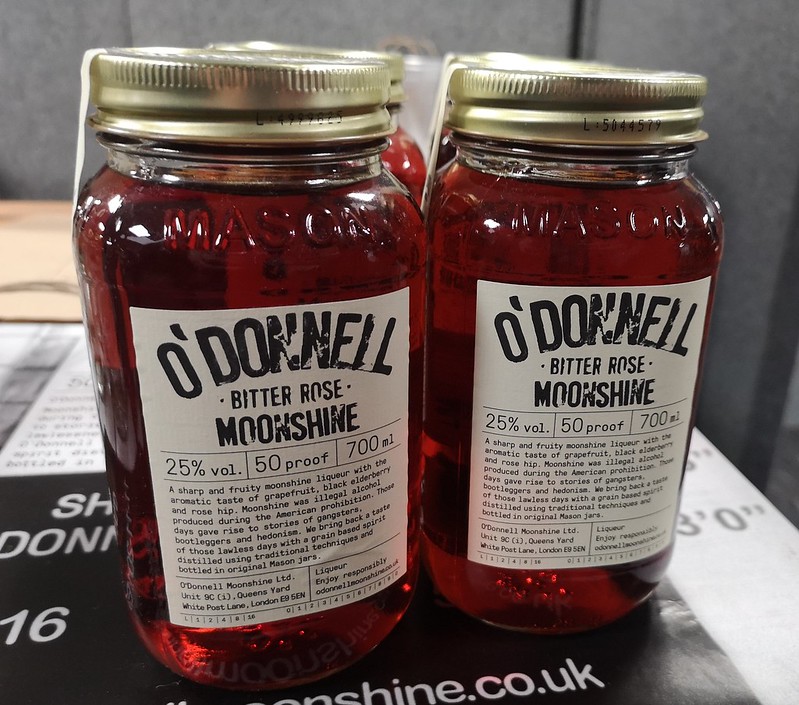 Tara showed me a stall that she fell in love with, that was full of some rather creepy taxidermy, and I instantly took an interest. She especially loves bugs, so of course it was only fair that we looked at their rather awesome ones in frames! After a mooch around Tara ran off to purchase the coolest mirror ever and we headed out of the show to sniff out some food! 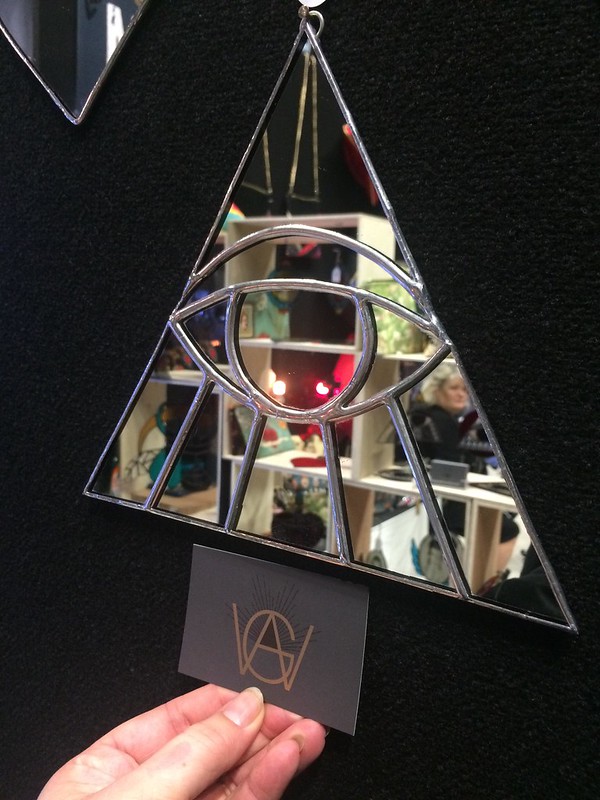 All in all the Brighton Tattoo Convention was really fun, showcased some amazing artists (definitely pre book, or save money for a drop in) and brought together all of the wonderful things that shows everyone what Brighton is made of!

Words and photography by Michelle Stannard and Tara Nasaurus