Grab your tinnie and head to Bogan Bingo! 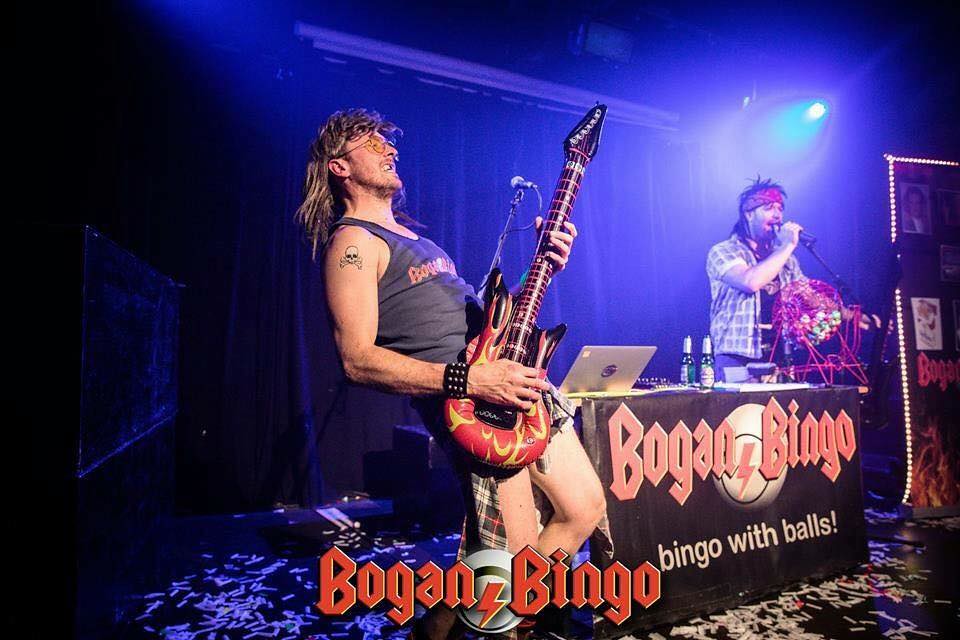 What do you get if you cross a bingo machine, some sing-a-long power ballads, two nutty Aussies and a shed load of tinnies? Well…Bogan Bingo of course!

Being a huge fan of bingo, a good old power ballad and Aussie humour, I just couldn’t miss out on what sounded like a great show. My girlfriend and I headed down to Komedia in Ye Ole Brighton and grabbed a good perch ready for the show to begin!

The first thing I noticed was that there were lots of groups of people, and lots of booze…I could feel that it was going to be a hilarious night. Drunk people crossed with two nutty Aussies and bingo had to be a recipe for a good night, right?

The answer to that last question is yes, and it’s made me really want to go again and drink this time! No, I didn’t drink but it still had me singing along and creasing up with laughter until the very end. Although, a word of warning, Lynx deodorant is used quite heavily so don’t forget your mask if your lungs are sensitive!

We grabbed our pens for eyes down and got all warmed up on all the ‘ruder than usual’ audience bingo taunts. One of my favourites was after every number that ended in ‘1’, the audience had to shout, ‘up your bum!’. This alone made an ageing game become a current, fun and humorous one!

That’s not all though! Bogan Bingo definitely offered something for everyone hoping to escape reality for a short while. There was a shed load of audience participation, this included sing-a-longs to 80s and 90s power ballads during the bingo calls, a game board selection of prizes for winners of bingo (chose from a board of images of celebrities and randoms) and a ridiculous amount of tinnies were handed out to those lucky winners.

It was entertaining to watch the 80s dressed Aussie blokes running the show, pounce around the stage, teasing bingo winners and encouraging us all to sing our hearts out. All in all, it was a fun-packed evening where anyone could be a winner, and even if you weren’t, you still left feeling like one!

Fear not if you missed out in July, the cheeky blokes are back in September and November at Komedia, Brighton. Click here for more info.