Riskee and The Ridicule – Body Bag Your Scene – review

Five years ago, I was stood up-front at the New Bands Stage at a festival called Rebellion. It was there I would first find Riskee and The Ridicule, a band described by themselves as Grime Punk. A year later I came across them again, and at this point I’d listened to every EP and album they had out at the time. To my surprise, they actually came from Kent in the south-east of England, which just so happened to be where I was based.

After a while, I began doing photography and found a knack for it, so with my love for their music and my camera, I would head out often, following the band around Kent and London to shoot their gigs. Since this all began they have absolutely blown up, having recently released their third full album and their own clothing line. 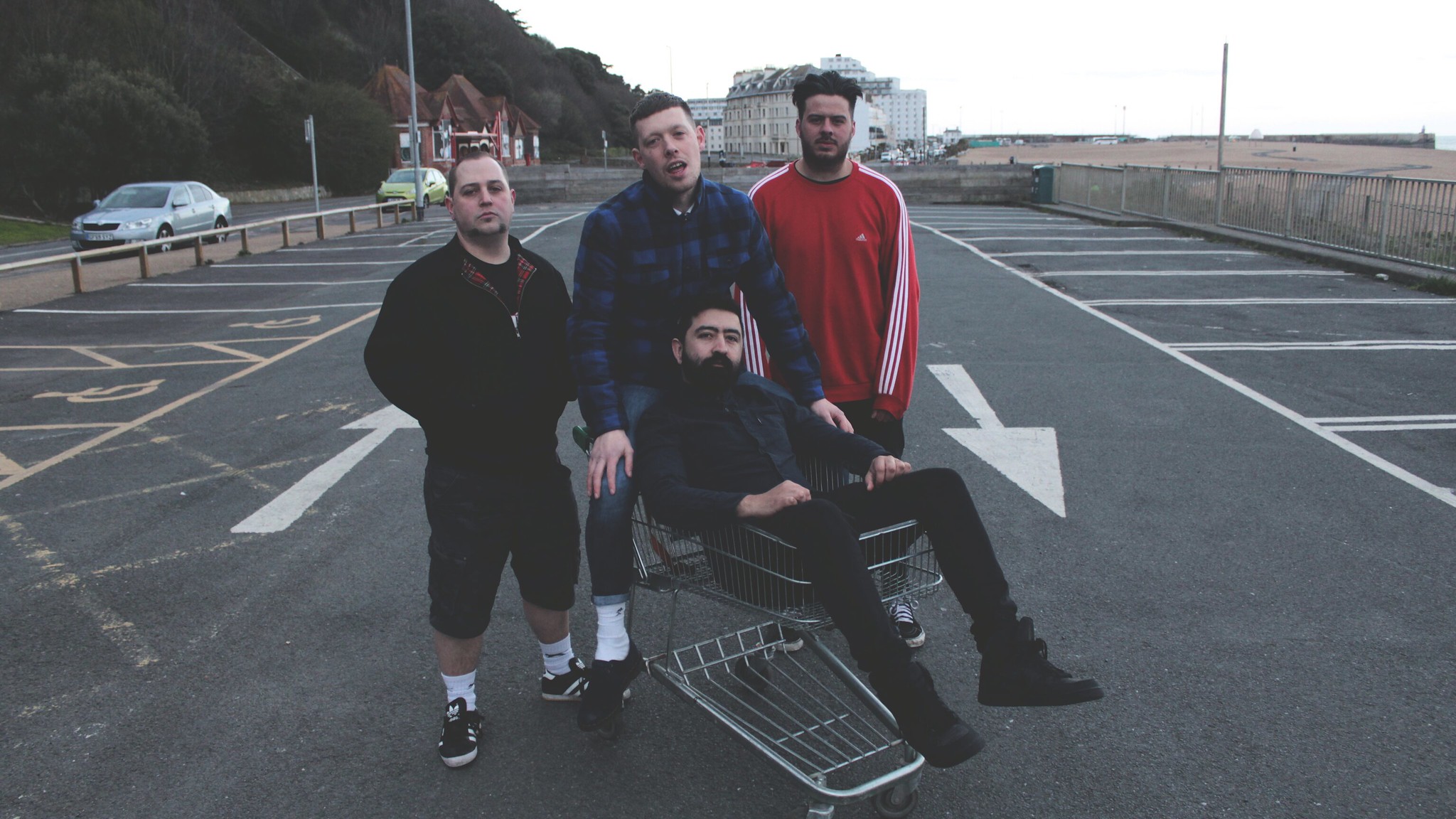 I had a listen recently to their latest album ‘Body Bag Your Scene’, and I can’t really compare it to any of their other albums or EP’s, because on each album they seem to become more angry about the problems we are facing in the world. You can feel the venom and passion in lead singer Scott’s voice. Their songs can jump from heavy, angry-sounding guitar riffs to sudden upbeat pop-punk-esque styles.

‘Our time’, the third song on this album is one of my favourites. It starts out mellow and chilled but it very quickly slams into that venom I spoke about earlier, backed up by guitarist Jimbo’s screaming vocals giving it that real ferocity. Scott sings about distractions, royal weddings and communism. This song is very much a ‘fuck you’ to the upper classes, “Are you scared of the working classes?” being the first line. It also makes references to their Second album ‘Blame Culture’ while also telling us to blame the ideas and social behaviours of not only modern-day Britain but that of which was set out before us. 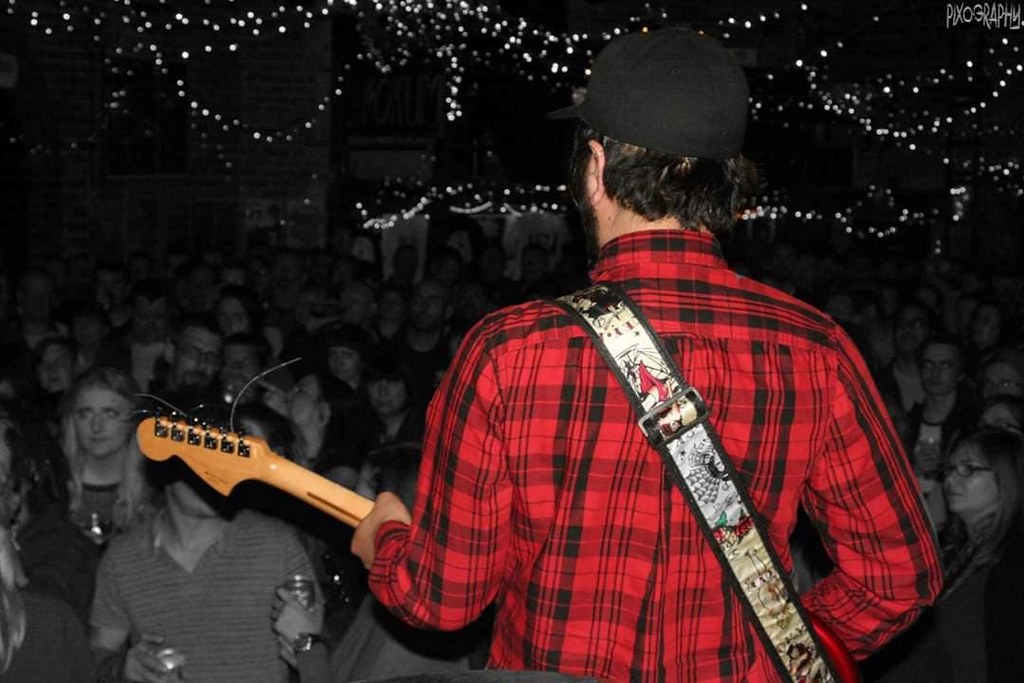 The seventh track on the album ‘Sellout’ is for sure the top song of this album for me. The music itself is a bit more pop-punk I would say, with a nice steady drumbeat, and it’s not overly heavy or too mellow. This song hits me a bit, as it covers the subject of buildings crumbling down, pubs closing and music venues getting shut up. When people hear the word sell-out they often think about the artists. I would say this certainly seems like it talks about both patrons of such places and the bands that have played them, yet no longer do.

The last song I will review is D.I.Y, also the last song on the album.  It starts out with drummer Matt on keyboard, giving a real soft vibe to it, it has everything you would expect from Riskee. Scott smoothly transitioning from rap to then belt out lyrics in song whilst still keeping a calm vibe to the song. For a band that has always been D.I.Y themselves, I feel it’s perfectly fitting and a great finish for the album. “We are just us, we will just be”. 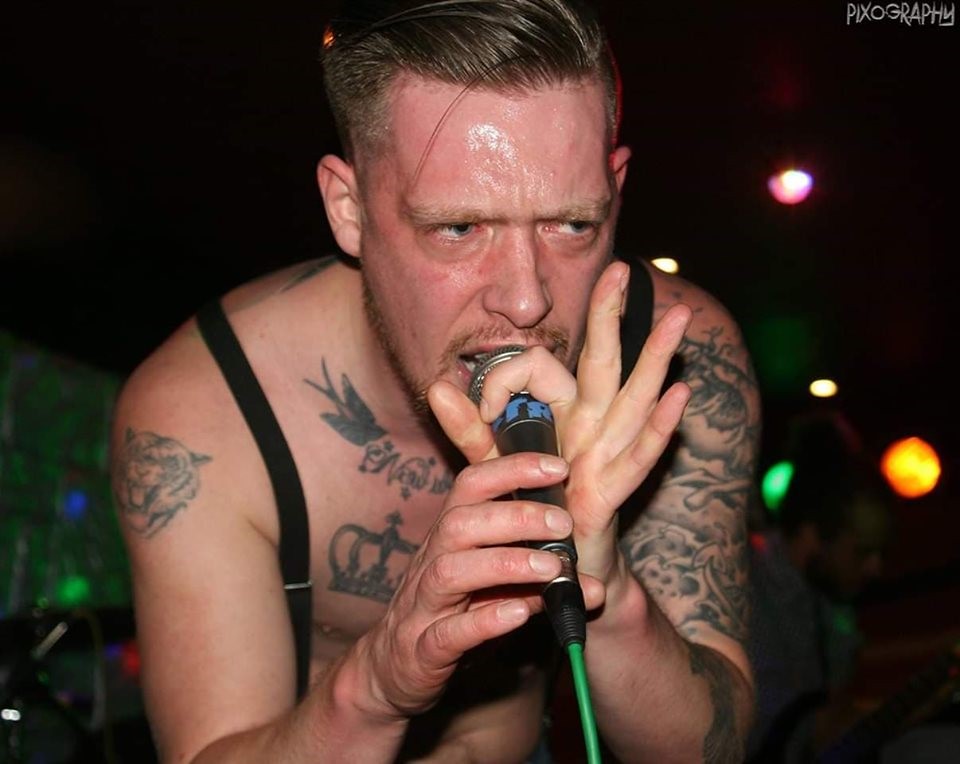 I’ve got to say that these guys have definitely come a long way in the time I’ve known them. As much as I would love to review every single song on the album, I’m not sure there is much more I can say except that the album as a whole is fucking awesome. The music is infectious, the guitar and bass are on point and every song is so well put together. Personally I’ve found myself with the album stuck in my head since I first heard it.

If there was one band I would tell you to see this year, before they go ‘Kaboom’ and hit it big, it would have to be Riskee and The Ridicule. Watch this space because this band are going somewhere!

Words and photography by Annie Harris of Pixography