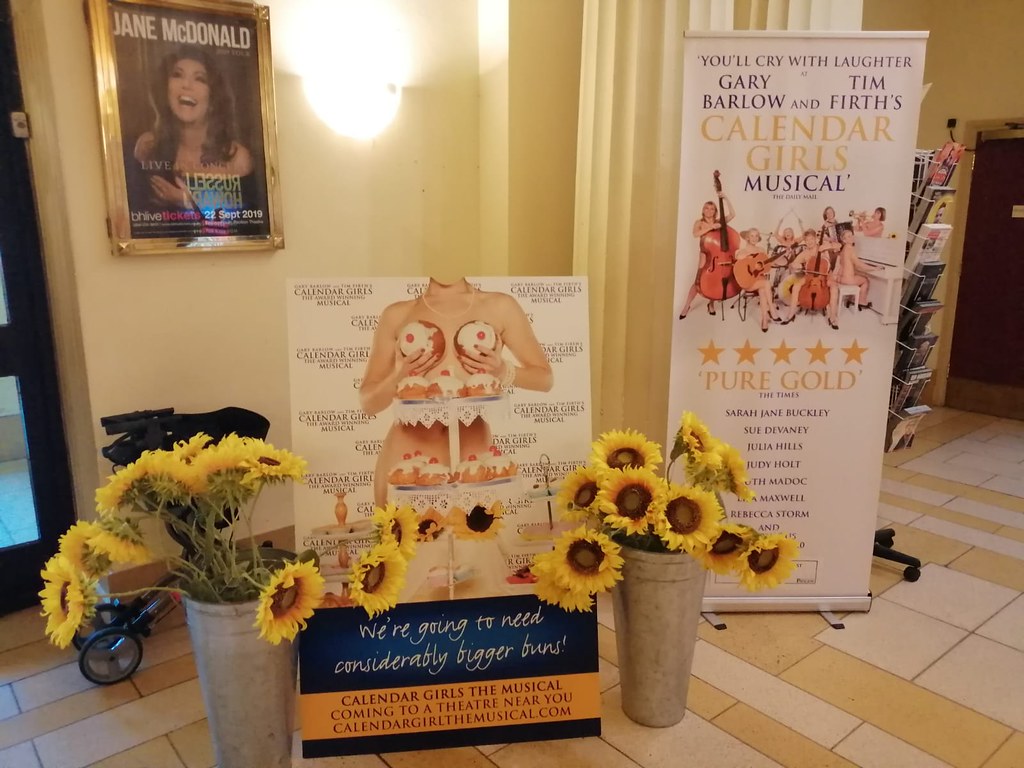 This is the musical version of the story, originally a popular film some 16 years ago which then became a play and now a musical. The Calendar Girls story is based on real life events, the real Calendar Girls raising money for Leukemia Research (now Bloodwise) back in 1999. This musical takes pride in continuing to support the Bloodwise charity.

For the musical, the writer Tim Firth teamed up with Gary Barlow (yes that Gary Barlow) who he’d met some 25 years previously. The results are a very British, very Yorkshire musical which charts the sadness and joy that affects the community when John Clark “Clarky” develops leukemia and the following journey to mark his passing with a fundraising event. 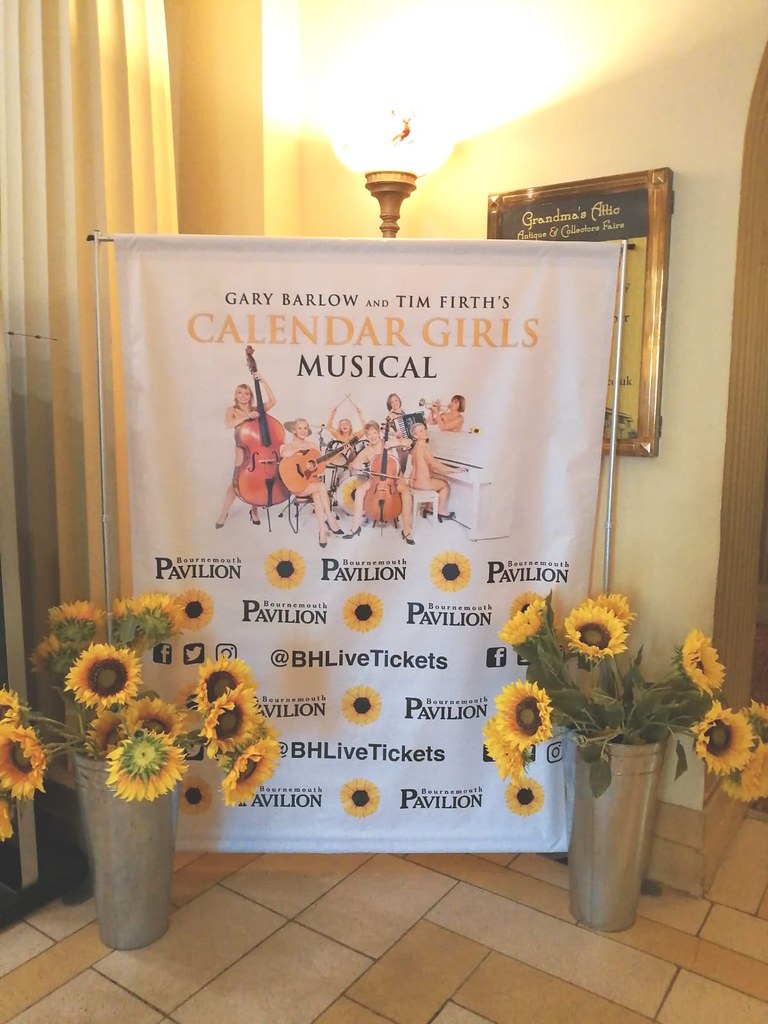 The set is of the Yorkshire fells, a wall and gate. This permanently on stage with other settings indicated by chairs and other furniture brought on stage by the cast. The music is also evocative of the location with piano and brass being used heavily to indicate Yorkshire and the meeting hall of the WI.

The themes touched upon include the loss and grief felt by a community at the loss of a husband, friend and neighbour. Doubt and angst felt by the ladies over their age and their bodies and breaking away from the WI stereotype of Jam and Jerusalem. There’s also teen awakening and rebellion as this is a musical about a community.

It’s a bittersweet story which had the audience wiping their eyes and cheering. The main characters all have their own stories and fears to overcome. Sadness, emptiness, frustration, fears, but most of all the joy is captured in the songs and score.

Without wishing to give too much away, my favourite scene is when the ladies get their photos taken. It’s beautifully choreographed, joyous and uplifting with an element of risk for the performers which had the audience cheering, whistling and applauding.

And I mentioned sunflowers in the title…so what about them? You’ll never look at a sunflower the same way after watching this musical. Already impressive blooms due to their colour and size, they take on a new significance thanks to this performance.

I loved this musical, the audience loved it and the standing ovation at the end of the performance was much deserved.

Calendar Girls will be on at Bournemouth Pavilion until 21st September (tomorrow), so don’t forget to grab your last minute tickets on their website now!

Words and photos by Mark Beckett