The Joke’s On You – DC Movies Just Keep Getting Better! 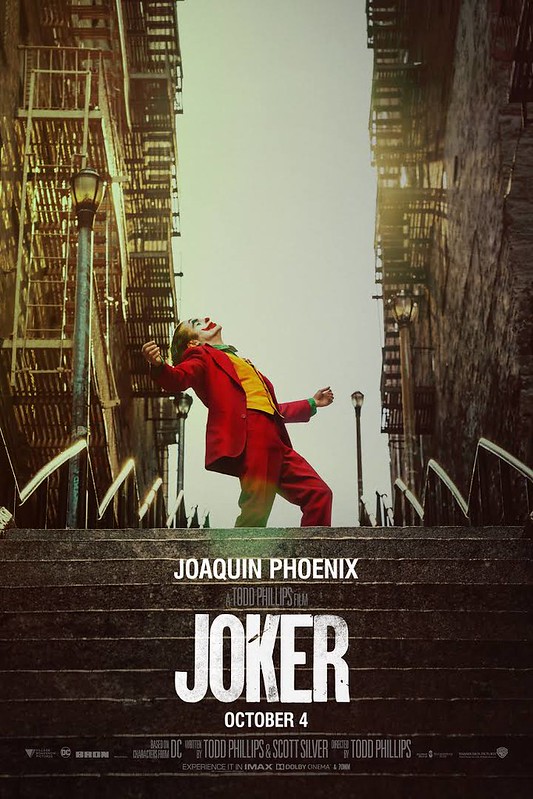 Todd Phillips has not only made the best movie of 2019, the best DC Movie, or the best comic-book movie, he has made one of the best movies of the 21st Century. Not in the last 24 years has a movie been released with the ability to crack into my favourite 5 movies but Todd Phillips, the unlikely director of 2009’s “The Hangover” and 2016’s “War Dogs” has managed flawlessly in making a critical, financial and audience success.

The film is accompanied by Hildur Guðnadóttir’s phenomenal, heavy, stretched string score. Tense and ready to snap with every note, it warns us of the foreboding mental and moral compass of the title character; Joaquin Phoenix’s “Arthur Fleck/ Joker”. When the score finally snaps in the penultimate scene towards the end, Joker is truly born.

The extremely obvious lifting of Martin Scorsese’s early work feels like a noticed homage rather than a shy pinch to Robert Deniro’s inclusion and portrayal of “Murray Franklin”, a renowned late-night show host, extremely reminiscent of what he is pinned for in “The King of Comedy”.

Joker’s colour palette, extremely noir lighting, graphic novel-esque camera angles, the sheer scope of shots and the willingness to blockade streets and flood them with period-specific vehicles, the gritty Manhattan almost arena-like shanty-town where everything is run-down but built-up on, provides a true concrete jungle in which the mentally estranged “Arthur Fleck” isn’t cut out for, unendingly adding to the feeling of crowding and the claustrophobia.

Never have I seen a movie twice within a 6 hour period, like I did for this one, where I left speechless each time.

If I didn’t make it clear enough, I genuinely regard this so far as, the best movie to have released in my lifetime.