Introducing…Leo And The Lightning Dragons 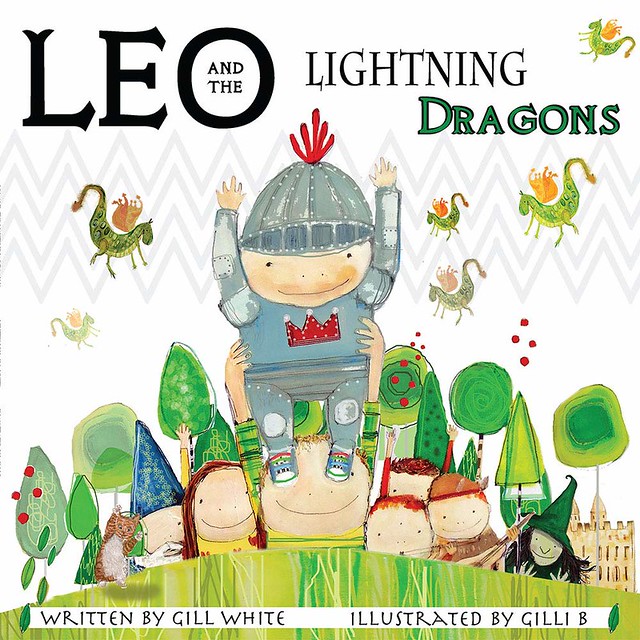 Leo and the Lightning Dragons is a book written for a little boy called Leo who was diagnosed with a rare form of Epilepsy called Ohtahara Syndrome. This means Leo has a large number of seizures every day and these remain uncontrolled. This book aims to raise awareness and raise money for Children’s Hospices Across Scotland (CHAS). You can purchase a copy of the book here.

The story, which is brought to life by Gill White and magically illustrated by Gilli B, follows a brave knight called Leo.

Leo fights dragons, but the type of dragons that attack him from inside his brain. Everybody in the kingdom thinks that the fight is not fair, but Leo is strong, and he has the help of the witches, the minstrels, the wizard and his mum and dad.

Leo sees red, and fights the dragons. He is super glad he isn’t alone, but all he’d really like to do is go home to his mum and dad.

This beautifully worded rhyming story shows the challenges of a young boy and his fight with his epilepsy, and his strength and determination to get through each seizure. Leo gets all of the support and love of the kingdom and finally becomes king, because he is the bravest knight they’ve ever seen!

The message throughout the story remains that Leo wants to win his battle so he can go home to his family. I was extremely touched by this story, as someone who has seizures myself. I would recommend this to read to or with your children who love adventure because it teaches a lot of things, and it offers a strength that makes you want to read it all over again!